Published on August 3, 2012 by pratyushkp in Social, Technology 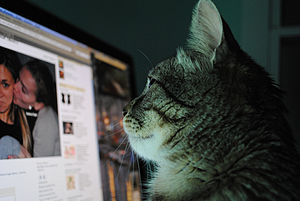 In its company filings published this week,Facebook revealed that more than 83 million of its users are ‘fake,’ CNET reports.

But this week, tucked away in the company filings, Facebook has revealed that 8.7 percent of these accounts are likely fake.

More than half of these “fake” accounts are duplicate profiles, while 2.4 percent are “user-misclassifed” (think: pets and memes) and 1.5 percent are considered “undesirable” accounts, such as those created by spammers.

The social networking behemoth was quick to point out that its figures may not be entirely accurate, however. On page 24 of the report, Facebook inserted this caveat, acknowledging limitations in their metrics:

We believe the percentage of accounts that are duplicate or false is meaningfully lower in developed markets such as the United States or Australia and higher in developing markets such as Indonesia and Turkey. However, these estimates are based on an internal review of a limited sample of accounts and we apply significant judgment in making this determination, such as identifying names that appear to be fake or other behavior that appears inauthentic to the reviewers. As such, our estimation of duplicate or false accounts may not accurately represent the actual number of such accounts.

As CNET points out, an active Facebook user ”does not necessarily mean someone using Facebook.com,” as the metric merely refers to using a Facebook account somewhere on the Internet. For example, if users chose to click the “recommend” button at the top of this article, they would be considered active by Facebook, regardless of whether or not they ever go on Facebook.com directly.

In a related story, Facebook’s business model of relying on targeted advertising has come under fire in recent weeks after it was revealed that bots (or fake users) may be behind up to 80 percent of clicks on advertisements, according to BBC.

5 Tips for Dealing with Negativity on Your Bl...

The Safety Concerns of Social Media

7 Reasons College Students Make the Best Blog...
« 8 Email Mistakes to Avoid
5 Things Never To Do On Amazon... »
No Comments