Nearly 20 Percent Of Young Adults Use Their Smartphones During Sex: Survey 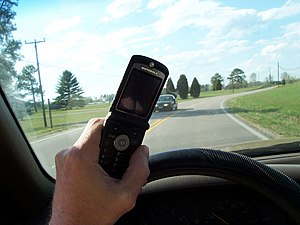 Here’s a definitive sign that Americans have taken multitasking way too far: They’re looking at their smartphones while doing it.

Nearly 20 percent of young adult smartphone owners in the U.S. between the ages of 18 and 34 use their smartphones during sex, and nearly 1 in ten U.S. adults who own smartphones use them during sex.

The survey from Harris Interactive on behalf of start-up Jumio did not ask respondents what they are “using” the phones for. Perhaps there’s something much more kinky going on here. Probably though it’s just a lot of people surreptitiously glancing at their iPhones to see if they got a text or a new comment on their Facebook post.

You know that people are making money from YouTube (and that YouTube is making earning from videos), but do you know just how much revenue that the ads on YouTube videos generate? The average person who makes a YouTube channel earns around $2 per 1,000 views. This might not seem like a whole lot, but it’s also a passive way to earn money; video makers post videos that may get more and more views over time. Super, you may be thinking, but are people seriously making a living from this? Yes, indeed they are.

END_OF_DOCUMENT_TOKEN_TO_BE_REPLACED

You Shouldn’t Be Facebook Friends With Your Boss, Survey Says

There are certain people it can be awkward to friend on Facebook. It’s not always the best idea to be friends with parents and coworkers on Facebook, but there seems to be a consensus that there is one person you should never friend-request: Your boss.

According to a survey of 722 people conducted by survey site SodaHead and anonymous feedback site YouTell, 81 percent say you should not be Facebook friends with your boss. Slightly more men than women said it was OK to friend your boss, and those age 25 to 34 (college-age kids when Facebook first appeared on campuses) were the most comfortable with the practice. A parallel survey that asked whether or not you should be Facebook friends with your co-workers was split: 55 percent said yes and 45 percent said no.

END_OF_DOCUMENT_TOKEN_TO_BE_REPLACED

How to protect yourself from debit-card fraud

How’s this for a phone call you don’t want on a Sunday night: Visa’s fraud unit, calling to ask whether you’re aware that $1,371 has been wired from your bank account via Western Union.

Lisa Rokusek was definitely not aware of this transaction, since she hadn’t initiated it.

As it turns out, Rokusek, a US woman from St. Louis, Missouri, should have been wary of that phone call, too, if the caller did in fact claim to be from Visa’s fraud unit, as originally reported in the St. Louis Post-Dispatch.

Read More How to protect (…) 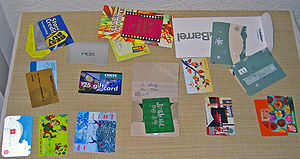 Facebook’s newest e-commerce idea: A gift card users can buy for each other that can be spent at retailers and restaurants including Target, Jamba Juice and Olive Garden.

The company is building on the gifts service it introduced last fall. That lets people send chocolate, flowers and other real-life goods to their Facebook friends.

Facebook Inc. said Thursday that the reusable card will be available to U.S. users gradually.

END_OF_DOCUMENT_TOKEN_TO_BE_REPLACED 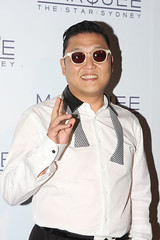 Google allows creators to monetize popular YouTube videos by placing advertisements before the video you want to watch. For ultra-popular videos like Gangnam Style, this practice can be lucrative: Christopher Mims of Quartz does the math and says the $8 million in earnings reported by Arora means the video is generating about $0.65 in revenue per click. For a video with 1.23 billion YouTube views and counting, that kind of cash adds up — fast.