You know that people are making money from YouTube (and that YouTube is making earning from videos), but do you know just how much revenue that the ads on YouTube videos generate? The average person who makes a YouTube channel earns around $2 per 1,000 views. This might not seem like a whole lot, but it’s also a passive way to earn money; video makers post videos that may get more and more views over time. Super, you may be thinking, but are people seriously making a living from this? Yes, indeed they are.

END_OF_DOCUMENT_TOKEN_TO_BE_REPLACED

Using social media to your advantage could help you reach millions of potential website visitors. As most of the popular social media sites are free to sign up with, the only investment you’ll need is time. Using YouTube could incur the costs of cameras or other equipment, but can still be effective for less than $40 with a webcam. How can creating your own YouTube channel help your website?

1. Tips and Reviews – Regardless of what your website is about, a video can be made for it. If you sell printer ink, make a video on how to replace cartridges, or promote a brand you sell.

END_OF_DOCUMENT_TOKEN_TO_BE_REPLACED 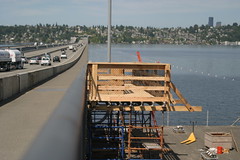 The sidewalk lanes for the digitally distracted may be a joke but officials in Philadelphia want the public to know the issue is no laughing matter.

Lines on some sidewalks near City Hall now designate part of the pavement as “e-lanes” suitable for chronic texters and digital music aficionados – although only through the end of the week.

The April Fools’ Day prank is one way city officials, in particular Mayor Michael Nutter, are trying to draw attention to the danger of inattentive pedestrians.

The lines, signage and sidewalk graphics – depicting a pedestrian peering down at a hand-held device – will stick around part of John F. Kennedy Boulevard through the week.

END_OF_DOCUMENT_TOKEN_TO_BE_REPLACED 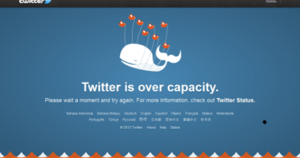 A request for an injunction to stop Twitter users from alerting drivers to police roadblocks, radar traps and drunk-driving checkpoints could make Brazil the first country to take Twitter up on its plan to censor content at governments’ requests.

“As far as we know this is the first time that a country has attempted to take Twitter up on their country-by-country take down,” Eva Galperin of the San Francisco-based Electronic Frontier Foundation said in a telephone interview Thursday.

END_OF_DOCUMENT_TOKEN_TO_BE_REPLACED

It used to be that the only technological expertise you needed to get a job were basic word processing and webmail skills. Times have changed. According to Indeed, a job-finding search engine, the ten fastest-growing keywords in job postings have nothing to do with punctuality or writing skills, at least not the kind of writing most of us are used to.

Indeed analyzed millions of job postings and found that the top ten skills employers are looking for are all related to software development, mobile development and social media.

END_OF_DOCUMENT_TOKEN_TO_BE_REPLACED 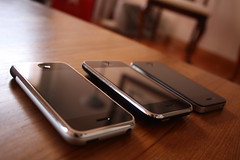 On Monday, market research firm NPD announced that the iPhone 4 has held its position as the most popular smartphone in the United States.

Although, according to a recent Gartner study,cellphone sales are down overall. Global mobile sales only grew at 5.6 percent this quarter, down sharply from 16.5 percent in the previous quarter. Gartner predicts that this slowdown will be relatively short-lived, and should turnaround by mid-2012.