Almost No One Has Downloaded Android Jelly Bean 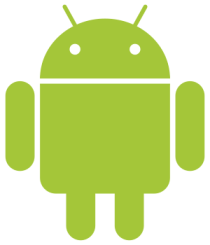 Less than 2% of all Android devices are running Google’s latest operating system – almost three months after it was launched.

Phone manufacturers have long been criticised for not bringing Android updates to their devices in a timely manner.

Android 4.1 Jelly Bean was unveiled in July, but is installed on 1.8% of Android devices, according to Google’s stats.

More than 55% are still running Android 2.3 Gingerbread, just under two years after its launch.

The stats are based on the devices which accessed Google’s Play store over the last 14 days.

Several key Android devices, including the Samsung Galaxy SIII, are yet to receive upgrades to Jelly Bean.

Samsung has promised to roll out Jelly Bean to the UK at the start of October, and availability is expected imminently.

END_OF_DOCUMENT_TOKEN_TO_BE_REPLACED

New versions of Microsoft’s word processing, spreadsheet and email programs will sport touch-based controls and emphasize Internet storage to reflect an industry-wide shift away from the company’s strengths in desktop and laptop computers.

The new offerings appear designed to help Microsoft retain an important source of revenue as more people access documents from mobile devices. The new Office suite also reflects the fact that people tend to work from multiple computers – perhaps a desktop in the office, a laptop at home and a tablet computer on a train and a smartphone at the doctor’s office.

Like an upcoming redesign of Microsoft’s Windows operating system, the new Office will respond to touch as well as commands delivered on a computer keyboard or mouse.

END_OF_DOCUMENT_TOKEN_TO_BE_REPLACED

After months of talk, Apple finally announced the release of its latest tablet device at an event in San Francisco, Calif. on March 7.

While the device doesn’t look too different from its predecessor on the outside, like the iPhone 4S before it, the differences are mainly internal. Share your thoughts in the comments below!

END_OF_DOCUMENT_TOKEN_TO_BE_REPLACED

Steve Jobs never said it exactly this way, but we think he would have agreed that not all “Think Different” is created equal.

This seems to be true in the case of the year’s most epic technology flops.

While some products were fated for failure — more than one eyebrow was raised at the launch of a certain handheld 3D gaming console with a steep price tag and a slim catalogue of games — others seemed like more of a sure thing, at least in theory. (A wristband that keeps track of your health is a brilliant idea, as long as you can get the device to work.)

Here are our picks for the year’s biggest tech failures (below).

END_OF_DOCUMENT_TOKEN_TO_BE_REPLACED 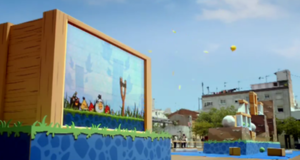 Apple in October announced that iPhone, iPad and iPod users had downloaded over 18 billion applications from the iTunes App Store since the service launched in 2008.

The company recently released its iTunes Rewind 2011 lists, counting down some of the most popular content of the year. The annual recap looks at Apple’s favorite apps across 21 categories, including Books, Games, Music, News and more. Apple has also listed its own picks for the “App of the Year” and has selected its favorite downloadable content from iTunes, such as best musical artist, best nonfiction book and several others. (Click here to see what Apple selected as the best content of the year.)

END_OF_DOCUMENT_TOKEN_TO_BE_REPLACED

The iPhone 5 isn’t surfacing anytime soon, but Apple is offering another “5″ fix with the release of its latest mobile operating system, iOS 5.

iOS 5, which will be available starting October 12, was unveiled back in June at the Worldwide Developers Conference and offers a slew of new features and updates, including deeper integration with Twitter, over-the-air updates, iMessages (a potential text message-killer and Apple’s take on BBM), streamlined access to the phone’s camera, and much more. According to Apple, iOS 5 comes with “over 200 new features.”

“If the hardware is the brain and the sinew of our products, the software is their soul,” said former Apple CEO Steve Jobs when he unveiled iOS 5, according to All Things D.