How to protect yourself from debit-card fraud

How’s this for a phone call you don’t want on a Sunday night: Visa’s fraud unit, calling to ask whether you’re aware that $1,371 has been wired from your bank account via Western Union.

Lisa Rokusek was definitely not aware of this transaction, since she hadn’t initiated it.

As it turns out, Rokusek, a US woman from St. Louis, Missouri, should have been wary of that phone call, too, if the caller did in fact claim to be from Visa’s fraud unit, as originally reported in the St. Louis Post-Dispatch.

Read More How to protect (…)

Angry Birds Debit Cards To Be Issued In Russia 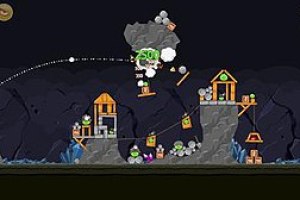 Russian fans of the videogame Angry Birds will soon be able to get special debit cards – or “Angry Cards” – giving them discounts on the game’s products.

Moscow-based Promsvyazbank said Tuesday it will start issuing the new MasterCards on June 4. They will be printed with images of the various characters and will give users a 10 percent discount on all Angry Birds-branded products.

Besides debit cards, the bank will also issue Angry Bird cash cards, which users top up with money. The bank will pay a 4 percent annual interest rate on the card’s balance.

The maker of Angry Birds, Rovio Entertainment, has already launched toys and baby clothes lines featuring Angry Birds characters. But the Russian debit card is going to be the first Angry Birds branded financial product. The videogame has been downloaded more than 10 million times in Russia.