One Way Email Spam Is Worse Than Car Pollution

Published on August 11, 2012 by pratyushkp in Social, Technology 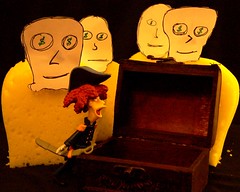 My answer is a curt “no” to all. Though dealing with these messages may seem like a small inconvenience, with 94 billion spam messages sent daily, these pitches accumulate. In fact, it turns out they add up to a $20 billion cost to society, according to a new paper called “The Economics of Spam,” by Justin M. Rao and David H. Reiley, researchers at Microsoft and Google respectively.

That eleven-figure number is derived from the cost of developing the software required to filter out spam emails and the few seconds it takes to delete every spam email that isn’t successfully blocked. You’re affected in more subtle ways as well: keep in mind that spam forces the engineers at Google, Yahoo or any other email provider to spend their time fighting spam, rather building new fun features. And because it’s not just a few people footing the bill, but pretty much everyone who’s ever used email, there’s little political incentive for laws that really crack down on spammers.

But at $20 billion, which is comparable in size to Bolivia or Estonia’s total GDP (PDF), maybe there should be. Rao and Reiley’s number is actually at the low end of estimates for the size of the societal cost of spam. Another estimate put it at $50 billion.

Because it’s pennies per person, no one feels so wronged as to demand justice. However, in one curious way, spam may be more destructive than air pollution produced by cars, as the researchers point out in their paper. Relatively speaking.

Both automobile exhaust and spam email produce what economists call negative externalities, a spillover cost of a transaction that others in society have to pay. For spam, like we said, it’s money spent on filters and time spent deleting.

Although we can agree that spam is awful, it does create a tiny benefit to the overall economy, Rao and Reiley note. Each year the spamming industry makes about $200 millon off its unwanted messages, according to the paper. But with a social cost of $20 billion, that’s a ratio of 100 to 1. In other words, for every dollar spammers create, they destroy $100 in the overall economy.

By comparison, car exhaust, bane of doctors, governments, and environmentalists everywhere, is tame. That cost/benefit ratio for driving a gas-guzzler is a mere 0.1 — drivers benefit about 60 cents for every mile driven, while the social cost per mile is only 6 cents. Actually, according to the researchers, spam is more comparable to cartheft, which costs society around $10 billion in additional insurance and policing annually, but only confers to thieves a profit of a few hundred million. For every dollar car thieves make, the economy loses $7 to $30.

Of course, the scale of destruction auto exhaust has on the environment, which is in the hundreds of billions, is larger compared to that of spam, even if dollar for dollar spam is worse. The authors of the report don’t mean to be glib either. “While the externality ratio of spam is large, the cost comes in the form of attention and time, not disease and death as in the case of air pollutants,” they write. h/t The Atlantic.

Almost No One Has Downloaded Android Jelly Be...