Published on December 6, 2011 by pratyushkp in Social, Technology 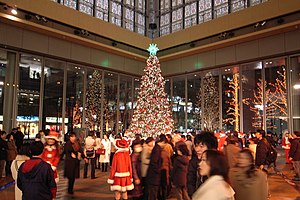 The firm, which tracks Web use, found shoppers spent nearly $6 billion online on Monday through Friday last week, a record.

ComScore says online sales are up 15 percent to $18.7 billion in November and the first two days of December, compared with the same period last year.

Free shipping also appears to be a big draw, applying to 63 percent of sales, up from 52 percent a year ago.

“Consumers have come to expect free shipping during the holiday promotion periods, and retailers, in turn, have realized that they must offer this incentive,” said comScore chairman Gian Fulgoni in a statement.

Spending on items including clothing, general merchandise, toys and electronics and in department stores, rose 4.7 percent to $125 billion in the Oct. 30 to Nov. 26 period, according to MasterCard Advisor’s SpendingPulse. That includes online buying and spending in physical stores.

Five thing to avoid while in college