The 7 Most Common Schools For Google And Apple Employees

Published on March 30, 2012 by pratyushkp in Social, Technology 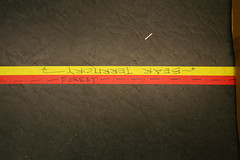 More young people would want to work for Google than any other company. Apple is the the second most popular company, according to a survey done by Universum.

This makes complete sense. Google is ranked as the 4th best company to work for by CNN Money. In a similar list by Glassdoor.com, Google comes in at No. 5 and Apple at No. 10 for best places to work.

So where did the employees at Google and Apple go to college?

See the seven schools that are the most common universities for Google and Apple employees to have attended: