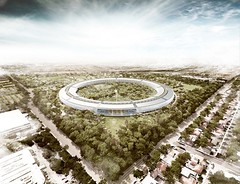 They want their work to add up to something.

Something big. Something that couldn’t happen anywhere else.

Welcome to Apple. We’re going to throw you into the deep end and you’re going to work weekends. Be inspired. Don’t play it safe, take risks, take chances, design the next iPhone by putting an “S” in the name. (Nobody is confirming if they drop these notes on new hires at Foxconn, an Apple supplier.

Cynicism aside, Apple is a company built that was built in no small part by a man named Steve Jobs, a man with a reputation for developing revolutionary products that have quite literally changed the landscape of how humans communicate with one another. So it should probably stand to reason those people taking up positions at Apple are there because they’re passionate about what they do and will willingly jump into the deep end over the weekend.

No matter which way the note rubs you; towards the cynical or the inspired, the words do have impact. They’ve had enough of an impact that this note has been around for at least a couple of years, as TheNextWeb points out this Apple inspirational note has surfaced on the internet back in 2010.

How To Check If Your Email Was Affected By Th...