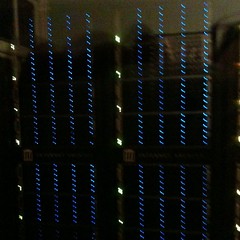 END_OF_DOCUMENT_TOKEN_TO_BE_REPLACED

Microsoft To Unveil Beta Version Of Explorer 9 in September

The Beta Version of Microsoft Web browser Explorer 9 will be launched on September 15.

As Microsoft sets to complete 15 years, it is looking unto web browser explorer 9 to gain its sagging popularity among Internet users. The company has marked September 15th for the launch of its Beta version of its latest Internet Explorer version 9.

To be launched in a press conference titled “The Beauty of the Web.” the company will send invites to select group of VIP web developers, designers, bloggers and press for the launch event in San Francisco. The new browser boasts of compatibility with HTML-5 thus leaving out flash, with HTML5, a web-standard platform can be used that requires no plug-ins. Also, IE9 uses the power of the user’s graphics processor to accelerate web content. Microsoft has also worked on its JavaScript Engine giving it a much-needed upgrade, considering how badly IE lagged behind competitors in JavaScript performance tests.

Unfortunately the browser Explorer 9 only works on Windows Vista or Windows 7 and is not compatible with Windows-XP.