Home » Social » What’s Nasa Ever Done For Us? A Report

What’s Nasa Ever Done For Us? A Report

Published by pratyushkp in Social, Technology on February 9th, 2012 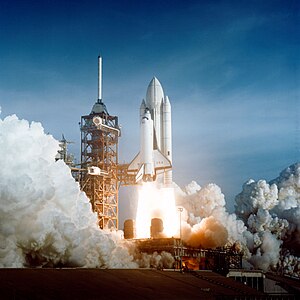 The real-world benefits of space travel are sometimes condensed to little more than astronaut ice cream and zero-gravity pens.

But the aerospace industry has contributed thousands of practical technologies for use on Earth – and Nasa wants to tell you all about it.

For the last 35 years Nasa has released an annual publication designed to showcase some of the most useful applications of space tech and how they’ve flourished in the past year, in an effort to prove that fact to the world.

This year’s Spinoff Magazine lists 44 of these technologies, from LED chips initially developed to grow plants on the Space Shuttle that are now being used as a non-invasive painkiller, to a nontoxic biodegradable disinfectant first used to clean food in space and now being commercialised back home.

Nasa administrator Charles F Bolden writes in Spinoff that Nasa’s technology “can be found in virtually every civilian and military aircraft, in sensors for air quality, in breakthroughs to help the medical community better treat illness, and in new materials that keep our law enforcement professionals, military personnel, and first responders safe.”

He writes: “Nasa has completed another year full of wonderful spinoffs that contribute to our nation’s – and the world’s – welfare on many fronts.”

Some more of the technologies highlighted this year include:

“More than 1,750 examples of these benefits to society are documented in NASA’s Spinoff publication dating back to 1976.

“The retirement of the Space Shuttles by no means ends the influence of that program’s ongoing contributions to technology and innovation of benefit to America.

“Spinoffs from the earliest days of NASA – from Gemini to Mercury and Apollo – continue to provide benefits to this day.

“As we celebrate the contributions of the Space Shuttle Program to life on Earth today we look forward to what the future holds and the benefits NASA’s investments.”

8 Tech Startups That Could Save The World