Wikipedia’s Jimmy Wales: ‘Failure Is The Key To Success’

Published on February 8, 2012 by pratyushkp in Social, Technology 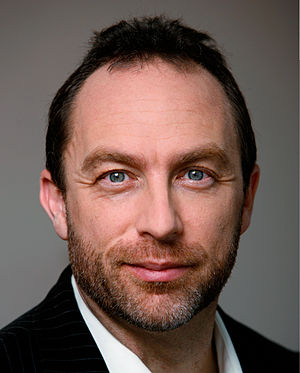 In a speech on Tuesday, Wales told the Hult International Business School that you have to be willing to make mistakes to build anything of value.

“The way I got here is through failure,” Wales said. “For a lot of my projects I should have quit a lot sooner.”

Wales also admitted that the Wikimedia organisation, which runs the collaborative encyclopaedia Wikipedia and other sites, had to become more diverse to survive.

“We do think we need more diversity in our community,” he said.

Wales told students that he was proud of Wikipedia’s decision to shut down its service for one day to protest the Stop Online Piracy Act (Sopa), which critics say would have imposed unhealthy restrictions on Internet freedom.

Wales said: “The act would have set certain precedents that are really bad”.

“Jimmy Wales is a true visionary and his success with Wikipedia has given him a well-deserved reputation as one of the Internet’s most influential people,” said Dr. Stephen Hodges, who is the president of Hult International Business School. “Exposing Hult students to current business issues and trends that are impacting our international community, allows them to experience live what it takes to be a successful business leader.”