Yoga Teacher, Fired From Job At Facebook Over Smartphone Ban

Published on July 11, 2012 by pratyushkp in Social, Technology 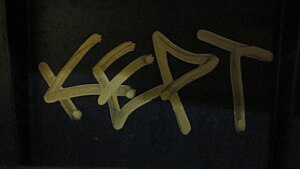 It’s common practice to be asked to turn off your smartphone during a fitness class. But one Bay Area yoga instructor’s device ban cost her a job at Facebook.

According to the San Francisco Chronicle, Alice Van Ness routinely started her classes at the social networking company’s Menlo Park campus with a request that students stow their phones.

In March, one student started fiddling with her device at the front of the class while in the middle of an acrobatic half-moon pose, MSNBC reports.

Although Van Ness didn’t say anything to the student, she did give a disapproving look. And the look didn’t go unnoticed.

“I’m sure my face said it all,” the 35-year-old teacher later wrote in a blog post. “Previously, I had been asked by management to just let the students do whatever they wanted.”

The student later complained to the fitness center management. Two weeks later, Van Ness received her termination notice from Plus One Health Management, the contractor that employed her, which cited poor customer service as the reason.

According to the Chronicle, the dismissal also cost Van Ness a chance at a job with Cisco.

While she was outraged at first, Van Ness ultimately decided that she was happier not teaching class at tech companies, where “she routinely found herself dealing with students who came in late, left early, and fidgeted during short meditations.”

“The culture of these places is to let them do whatever they want,” she told the paper. “And I’m just not really okay with anarchy.”

According to her LinkedIn profile, Van Ness has taught yoga, Pilates and spinning in the San Francisco Bay Area for more than six years. Comments on Van Ness’ personal website laud her attentiveness to students’ individual needs.

5 Things Never To Do On Amazon.com

How To Check If Your Email Was Affected By Th...
« Facebook to target ads based o...
10 Free Windows Programs Every... »
No Comments