Published by pratyushkp on July 27th, 2011 - in Social, Technology

Tom Anderson is the founder and former president of MySpace. MySpace sold in 2005, and Anderson left the company in early 2009. You can find him on Google+, Twitter or Facebook.

Sometimes when you follow a trend, you fall flat on your face.

Yet, even while Twitter’s own CEO, Dick Costolo, has maintained that Twitter will remain simple, the company’s founder and executive chairman Jack Dorsey recently let go four key product people from Twitter, indicating some kind of change is in the works. So what’s @Jack to do? What does the future of Twitter look like?

Published by pratyushkp on May 28th, 2011 - in Social, Technology

In a White House statement released Thursday evening, Obama named Costolo, along with Scott Charney, corporate VP of Microsoft’s Trustworthy Computing Group, McAfee President David G. DeWalt and three others, as potential appointees. The group oversees the availability and reliability of telecom services in the U.S.

The move is Obama’s latest overture to Silicon Valley. In his January State of the Union address, the president name-checked Google and Facebook. The following month, Obama shared a dinner with Eric Schmidt, then-CEO of Google; Apple CEO Steve Jobs and Facebook CEO Mark Zuckerberg, among others, at the home of Silicon Valley venture capitalist John Doerr.

Published by pratyushkp on February 20th, 2011 - in Social, Technology 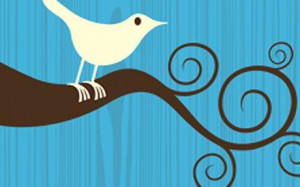 After a Wall Street Journal report claimed low level talks between Facebook and Google executives about acquisition of Twitter, the Internet saw a great hue and cry about another big corporation assimilating a smaller one. However, Twitter CEO Dick Costolo has debunked the rumours. Speaking at the ongoing Mobile World Congress (MWC), he denounced the rumours by stating, “People write that stuff all the time. I don’t know where these things come from, it’s just a rumour.” Costolo punctuated the statement by asking if Google could afford a $10 billion acquisition. Ouch.

Addressing the media at the MWC in Barcelona, Costolo spoke about Twitter s revenue model, claiming that Twitter was making money through the existing means of promoted tweets, accounts and trends. He also mentioned that Twitter will launch a new method of monetising the microblogging website this year; although, no details were provided about the new revenue generation scheme. He dismissed the persistent queries about Twitter s monetisation by stating, “Every time I have an interview I am asked when we’re going to make money. The short answer is we’re already making money.”